Return to all authors and artists

With over 27 years’ experience in national radio, television and print media, Sharina Star is the epitome of Celebrity Psychic. Offering intuitive guidance to big name Australians and regular folk alike, Sharina Star is loved and respected by her countless fans, followers and clients the world over.

A private investigator, environmental psychologist, counsellor and profiler, Sharina Star was a regular guest on television shows such as Beauty and the Beast, Mornings with Kerrie-Anne, the Midday Show, Sunrise, Studio 10, A Current Affair, the Bert Newton Show, and Mornings with Sonia and David. Sharina has also appeared in Home and Away, Deadly Woman, and Doctor Doctor. Currently in production with her own television show, Sharina has also been a regular columnist and feature writer for Woman's Day, New Idea, Family Circle, That's Life and Take 5 magazines.

Sharina Star is a dynamic and motivating speaker who began her radio career as a guest on the Stan Zemenek show in 1990. Her audience appeal was evident, as she quickly moved from a simple guest of 2UE, to hosting her own segment that enjoyed an audience of millions as one of the highest ranking shows of its era, alongside other celebrated announcers like John Laws, John Kerr and Alan Jones called 'Sharina's Encounters'. The show ran continuously between 1990 and 2018.

Before venturing into radio, however, Sharina Star ran a highly successful modelling agency. As a model herself, Sharina appeared in commercials for Coca Cola and Alpine, while hosting fashion shows, swimwear tours, hotel promotions and corporate events.

An established author in her own right, Sharina Star began her writing career in 2006 as a Hay House author with the release of her first book, The Fortune Teller. 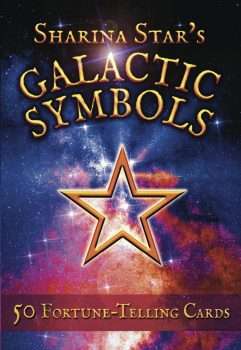